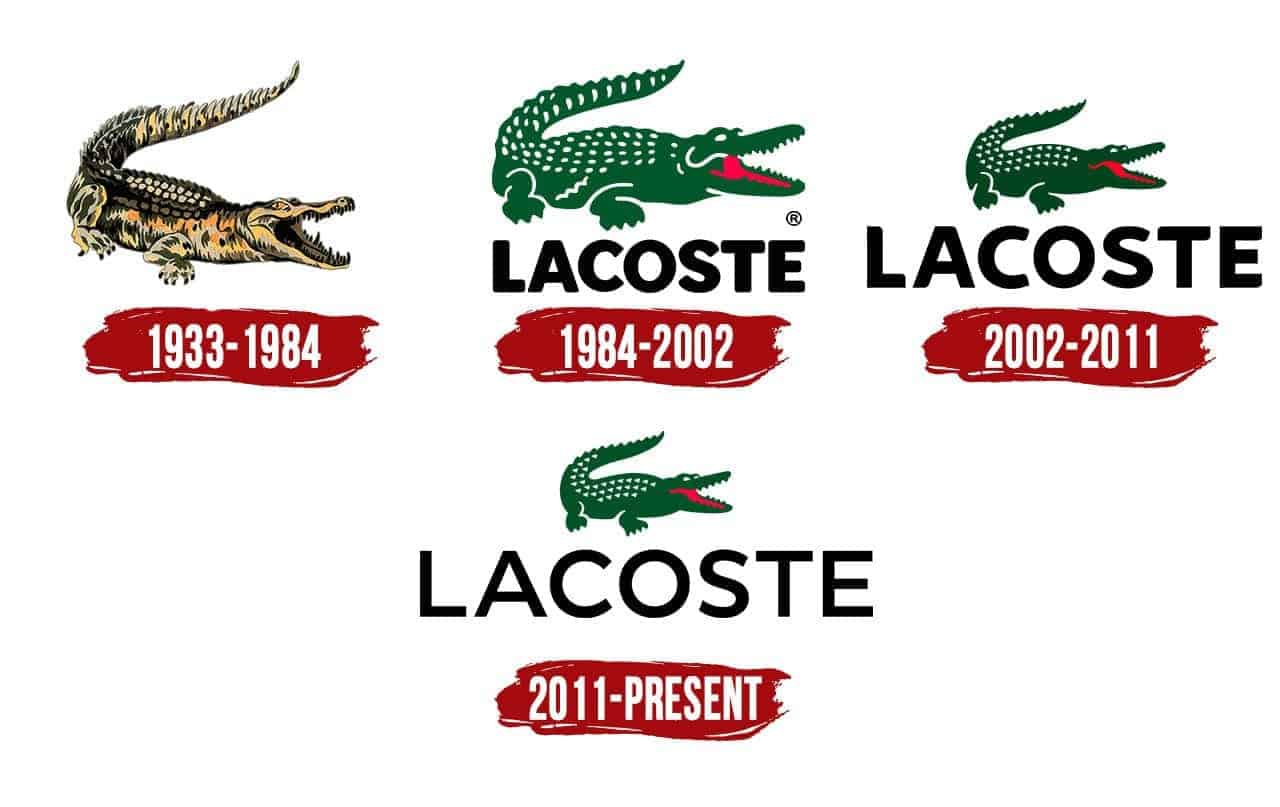 The earliest photograph of René Lacoste ever published dates from 1911. He was then 7. With an aviator's cap on his head, he peeks at the photographer from behind the man-sized radiator of a Hispano Suiza, a hefty automobile from his father's Paris factory.

Little René's health is so weak that his parents, French Basques, decide to move to the countryside. He grows up in a country house in Courbevoie, in the midst of a whole series of servants.

Only wealthy people can afford the luxurious Hispano Suiza. Father Lacoste takes on the allures of his customers. His son receives the best education and is repeatedly sent on vacation to England.

Playing hockey or tennis is just as natural in this environment as learning the right manners. At the age of 15, René gets the opportunity to see the American player Big Bill Tilden, the first star in tennis history, at work on Saint-Cloud.

On the Paris tennis courts he comes into contact with the best teachers in France. To see what he can do, he plays his first Wimbledon match in 1921, aged 17. It will be a fiasco.

René is good with cars and motorcycles, he has a knack for mathematics and is practical. No wonder his father sees an engineer in him. Yet the frail young man, who has to contend with permanently weak lungs, falls under the spell of tennis.

Tennis in those days was still a pure amateur sport, a pastime for gentlemen. Sponsorship and a prize pool are not yet on the agenda. No one can earn a living with it.

The threat of the sanatorium drives the young dandy to the tennis court. René works systematically on his physical resistance, runs twelve kilometers every day, studies the grip on his racket and enlists the help of the French champion Suzanne Lenglen to better answer serves.

In a series of carnets he carefully notes the strengths and especially the weaknesses of his opponents. He is probably the first sportsman in the world to have his rivals filmed in order to better analyze their way of playing at home.

He learns to use his powers sparingly, to reason every move and he develops his style de métronome, the mechanical game that later all champions, including his idol Big Bill Tilden, will be blown away. He turns his handicap, his weak health, into an advantage.

In 1923, aged 19, he becomes indoor champion of France. He is immediately included in the French Davis Cup team that will play against Australia that same year in Boston.

Also in Boston is the magical moment that Lacoste described in 1994, aged 90, as follows: 'The night before the game, when the French team had hardly any chances, we walked through the streets of Boston with our captain.

In a suitcase store, our eye was struck by a beautiful crocodile skin specimen. Jokingly, I asked the captain, "If I win tomorrow, will I get that suitcase?" “D'accord,” he said.

I lost my match, albeit in five sets.

I still don't understand why I told the anecdote to a Boston Globe reporter that same day, who incorporated it into his report as follows: “Although Lacoste lost his crocodile leather briefcase yesterday, on the other hand, he looks like a true alligator. has played !" I must say that I defended myself well.

My friends thought this was very funny. They saw it as an accurate description of my tenacious, calculating way of playing. It gave me the nickname “the crocodile”.'

In 1924 Lacoste quits his engineering studies.

However, when in 1925 he does not find a partner to complete his maniacal training program in preparation for some major tournaments, his technical mind does not fail him: he develops a ball-launching machine that will later be distributed all over the world.

British soldiers who have to do without a game partner in remote colonial areas send him their congratulations. René Lacoste won both the French championship and Wimbledon, the British title that year. His system works.

By 1926 he begins to worry about his clothes. At that time, tennis is still played in clothing that is more suitable for hitting a ball on a beautiful Sunday afternoon than for playing a fierce match.

Women play in a long dress, men in trousers and conventional long-sleeved shirts. At Wimbledon, Lacoste is shivering from the cold, at Forest Hills in the United States he is suffocating from the heat. His health cannot withstand temperature fluctuations.

The inventor goes back to work. He invents a short-sleeved tennis shirt and makes a special fabric called jersey petit piqué, which contains cotton that absorbs sweat well.

The shape is inspired by the long-sleeved shirts of polo players in India. Hence the name polo shirt. A London tailor makes a fine piece of work for him. His father gradually involves him in business.

Rene Lacoste. In September of that year, the French lose – for the time being for the last time – the Davis Cup to the Americans. But Lacoste wins his match against the legendary Bill Tilden in that tournament with 6/3, 4/6, 6/3 and 6/2. Tilden hadn't lost since 1920.

The American is still regarded by insiders as the best player of all time. Legend has it that he could hold five balls in his huge left hand. Once with four of them, he hit four aces in a row and chased the fifth into the crowd with a victory gesture.

Such a figure was Tilden.

In October 1926, Lacoste won the Forest Hills final against his French partner Borotra with 6/4, 6/0 and 6/4. Meanwhile, his new shirt causes a minor scandal in the French tennis world with its strict dress etiquette.

The president of the tennis association thinks it is not possible that the tight-fitting shirt looks more like the top of a bathing suit. The president hesitates for a moment, but does not intervene.

A year later, Lacoste won the American grand slam again, this time against national hero Tilden, with 11/9, 6/3 and 11/9. Tilden afterwards: 'The monotony with which that boy with that immobile face reacts to my attacks has a devastating effect on my nerves.

It's like playing against a machine. It was close to throwing my racket in his face, just to stop the torture.'

In their hotel, his teammates wake up at night with a start when it turns out that the crazy crocodile is also frantically playing balls in his room. After the win, there's only one man who doesn't need champagne: Lacoste. He keeps a close eye on his physical condition.

By this time, his friend, hockey buddy and fashion designer Robert George has designed a broad-smiling crocodile, much larger than the current emblem, which René Lacoste now wears proudly on the breast pocket of his blazer.

In 1927 he also met Simone Thion de la Chaume, a French golf champion who became the first foreign national to win the British title. He's 23, she's 19. It becomes a love of life.

He won Wimbledon again in 1928 and Roland Garros again in 1929. Commentators already know that business takes up his attention. By the way, his health is failing him. He needs more and more time to recover after strenuous efforts.

The pneumonias follow each other in quick succession. After winning seven grand slams, Lacoste decides to retire from competitive tennis. The crocodile gives in. He married in 1930. A year later his son Bernard, the first of four children, was born.

He founds a company that makes brakes for European cars and parts for the nascent aviation industry and works as a manager in the shipbuilding and aircraft industry. Meanwhile, his tennis shirt, his 'invention' from 1926, takes on a life of its own.

For years he hands friends and acquaintances one on request. Through tennis, which he continues to follow closely, he gets to know André Gillier, the largest knitting manufacturer in France. Together, as a tennis player at work, Lacoste develop a plan to commercialize the shirt.

In the twenties of June 1933, the white polo shirt came on the market, adorned of course with Lacoste's trademark: the green crocodile.

It is the first time that a trademark has been visibly applied in the textile sector. Lacoste: 'As far as I'm concerned, the story ends there. I never really cared about the Lacoste shirt after 1933. Unless from afar.

It is mainly my son Bernard who started production after 1963.' In 1939 approximately 300,000 white shirts are sold every year. Production stopped between 1940 and 1946. From 1953 the company hesitantly introduces three colors : azure blue, navy blue and red.

The shirt will remain dormant for a long time to come. Only when Bernard Lacoste gets involved – an engineer by training, manager at General Motors for seven years – is the brand spread worldwide. Approximately 35 million Lacoste products are now sold annually in 80 countries.

In addition to shirts and sports equipment, perfumes, shoes, glasses and watches are also available.

After the launcher for balls and the shirt, father René concentrates on all kinds of elements from the tennis and golf equipment. In 1963 he developed the metal tennis racket with which Jimmy Connors – according to Lacoste the best tennis player after the war – achieved great success.

Lacostes metal racket won no less than 46 grand slams between 1966 and 1978. Before new materials appeared – but it was Lacoste who first pushed aside the classic wood – seven million metal rackets have been sold.

In 1974 he introduced the damper, a kind of shock absorber that significantly reduces the risk of tennis elbow. Over the years, he stacks one patent after another.

In the meantime, his daughter Catherine has reached the world top of golf in the wake of her mother. She became world champion in 1964, won the US Open in 1967 and 1969, the British Open in 1969.

The elderly Lacoste later turned his spacious country house in Saint Jean-de-Luz, just south of Biarritz in the French Basque Country, into his permanent residence. 'I've always felt more like a Basque than a Parisian,' he once explained that choice.

Journalists invariably found him on the first floor working on some invention: notched rackets, four pieces of white cloth pinned to a board, prototype golf clubs or a tennis ball made of durable material.

Here he had laid the foundation for his dozens of European and American patents.

With a motorized chair, he was able to slide gently to the lower floor: his weak heart no longer allowed climbing the stairs. Objects sometimes slipped out of his fingers. But his memory did not fail him: he still knew all the important dates from his life.

He still followed top tennis on television. He liked to comment on the tennis stars of the moment.

To get his mind round, he painted. A much-loved landscape was the golf course behind his house. The changing greenery fascinated him. For weeks he could search for the right shade.

For visitors in the know, he was willing to dig up the legendary pocketbooks in which he noted the strengths and weaknesses of his tennis rivals. However, if you asked about his profession, he firmly said: inventor.

'My son Bernard runs the business in Paris, but I'm still the inventor behind the scenes. If it wasn't for me to invent, I would be dead long ago. '

On October 12, 1996, inventing was finally over: the crocodile died as a result of a fracture operation.