Lewis Edson Waterman was born in Decatur, Otsego County, New York in 1837. His upbringing was neglected and he rarely went to school. At 16 he moved to Illinois with his parents. He was entrepreneurial. For four years he worked as a carpenter during the summer months and in the winter, after much self-study, as a teacher. His health no longer allowed manual labor so he provided for himself by teaching, selling books, and teaching shorthand. Josiah Wedgwood, one of the most famous potters in history, contracted chicken pox as a child and became paralyzed. After a while, when he was able to walk again, his right knee was found to be so stiff that he had to walk on crutches for two years and later on could only move around with the help of a stick. As a result, he, born into a family of potters, could not turn the foot disc, which made him unsuitable for the trade. That is why he became skilled in the baking technique, the quality of the material and the shape of the pots. He turned out to be a true genius. "My happiness is in my business," he once said. 'I can foresee a complete and absolute end for myself, but not for my company. There one has room to breathe, to grow, to develop, and the possibilities are endless. One can go to countries like Congo, and organize and organize again, and achieve very great things. But I'm not in business for the money alone. I don't like money as such, and I never have. I am in business because to me business means life itself. They enable me to do something. ' Underberg, the brown 20-milliliter bottle of bitter liqueur, was born 150 years ago in Rheinberg, a town on the Lower Rhine, just north of Duisburg. The man who invented it wanted to create a unique drink that also looked unique. Its composition was and is kept more strictly secret than that of CocaCola and Heinz ketchup. Enthusiasts all over the world together drink a million bottles of it every day.

The firm's founder, Hubert Underberg, was 9 when his father died in 1826. His mother ran a colonial goods shop and a small vinegar factory. She had big plans for her son and sent him to Liège at the age of twelve to learn French. He spent his training years in firms and banks in Amsterdam, Rotterdam and especially Antwerp. In the latter city he discovered the habit of softening the taste of gin with a dash of herbal extract. 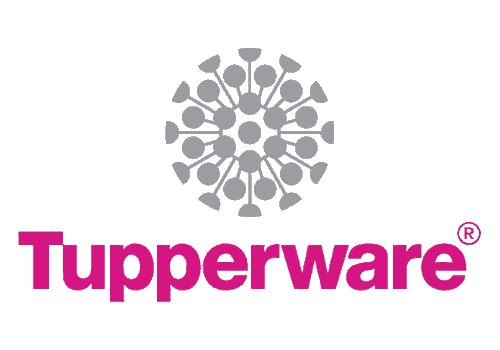 Earl Silas Tupper was born the son of a small farmer in Berlin, New Hampshire. His mother ran a small boarding house and his father Earnest invented all sorts of things to simplify the work on the farm and in the greenhouses. He received a patent on one of these, a skeleton for cleaning chickens. Earl clearly had his father's inventing. After high school he continued to work in his parents' greenhouses. According to the annals, he was determined to make his first million dollars before he turned 30. At an industry exhibition in Tokyo in 1890, affluent visitors were annoyed by a young, shabby-looking peasant man who brutally squeezed his way through the crowd to hang his nose over the machine every time a device was demonstrated. At a certain moment a gentlemanly gentleman thought it was enough and told the young man that he had better leave and not come back. The supreme moment dates back to 1908 in the Swiss city of Bern. Emil Baumann had taken a trip to France and brought along a few pieces of Montélimar nougat as a present for his Swiss boss, confectioner Theodor Tobler. That same evening, the two men entered the kitchen to experiment in Mrs. Tobler's cooking pans with nougat ingredients - almonds, honey, and sugar - combined with milk chocolate. The result was so successful that Tobler had to take out a patent to protect it from counterfeiting. At the end of his life, Singer looked very much like the Belgian king Leopold II: a stout man with a long white beard who looks imperiously into the world. In a photo from 1870, five years before his death, he is sitting with his wife Isabella, three children and two governesses in the park of the 'insanely extravagant' house he had built in Torquay, England. The whole company may look elegant, but no one can fail to notice that the three women look remarkably gloomy. The entourage of Isaac Merrit Singer, world ruler of the sewing machine industry, was not to be laughed at. Johann Jacob Schweppe was born as the son of Conrad Schweppe in 1740 in the Hessische Witzenhausen, east of Kassel. According to a plebiscite, the town had 1,460 inhabitants at the time. Four families were named Schweppe. Witzenhausen is today a town of 20,000 inhabitants with many old buildings, some of which date back to the 16th century. There in the Liebfrauenkirche Jacob Schweppe was baptized on March 16, 1740. His parents thought he was too weak for farm work and gave him to a traveling tinker at the age of eleven. He was amazed at how quickly the boy mastered repairing kettles and pans. He took him back to his parents and said it was a shame to let the boy work below his level. He advised them to apprentice him to a silversmith. No sooner said than done. The silversmith was equally amazed by the boy's talent and found that he could handle more difficult work, at a jeweler for example. And here too the young Jacob achieved success.

In the fall of 1874, barely seven years after he invented the product, which was now famous worldwide, Nestlé became too much. He searched and immediately found buyers who offered him a million Swiss francs. He hesitated. When they added a beautiful carriage and a team of horses, he accepted the offer. The sale was concluded on March 5, 1875. He sold everything: his company, his customers, the exclusive use of his name, the secret composition of his invention, the very last share, everything. He and his wife now lead a quiet life in Montreux and Glion. The Nestlés had no children. On July 7, 1890, he died in Montreux, where his grave can still be found today in the cemetery. Henri Nestlé: a hundred years later, his name is still associated with the largest food group in the world.