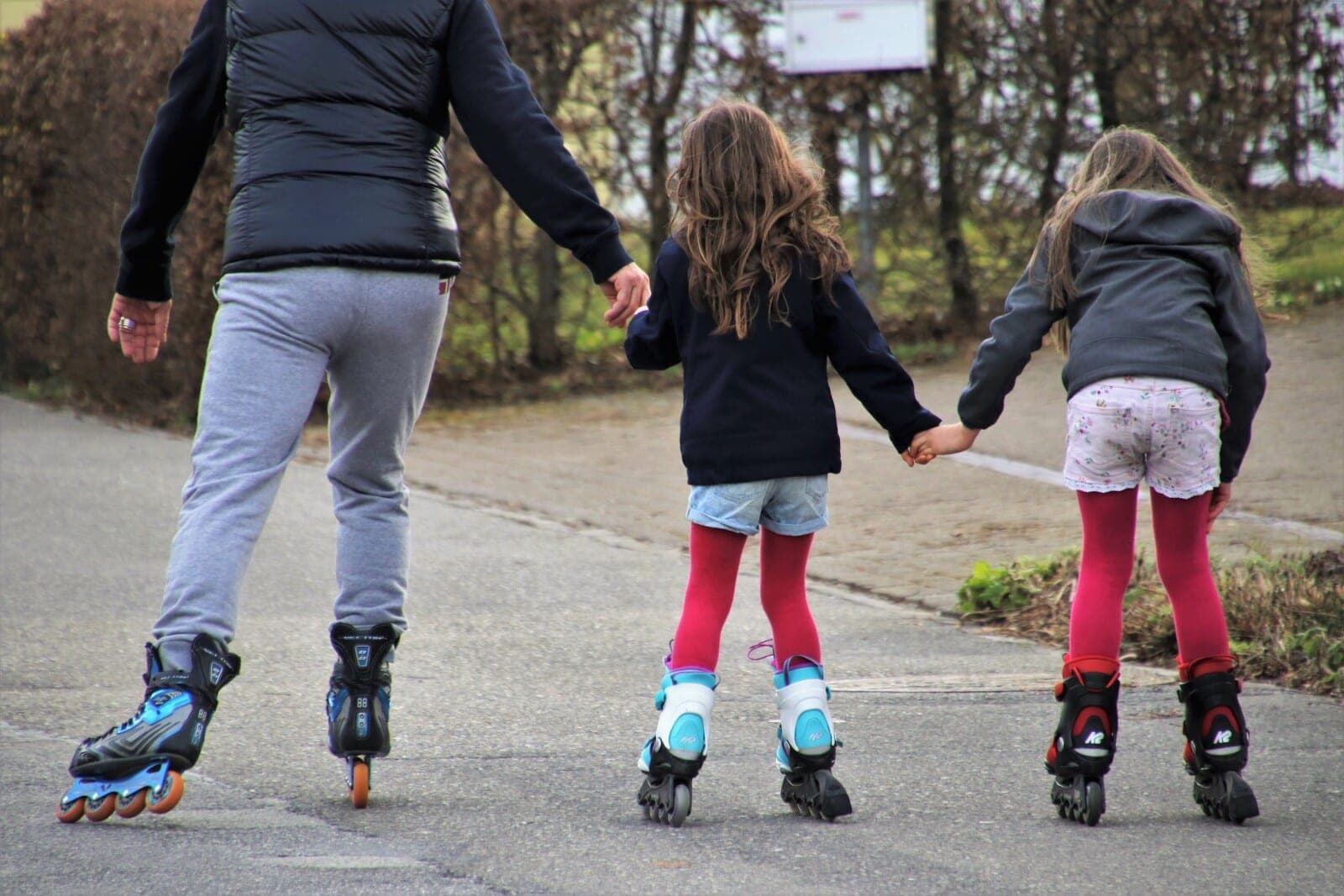 The Belgian patron of all roller skaters, skaters and inline skates

He's featured on every skate website, the K2 brand has a kids' skate line named after him, and every history of roller skating starts with him. In England he is a legend. The Americans honor him in their National Roller Skating Museum in Lincoln, Nebraska.

He is only unknown in his own country: Jean-Joseph Merlin from Huy. An unusual reputation for a Belgian, especially when you know that he primarily made musical instruments.

At one of the most important society events in London towards the end of the eighteenth century, Merlin appeared in full regalia on the parquet with roller skates on her feet. Under each shoe he had three wheels in a row, real inline skates.

At the same time he played on a homemade violin. Watch the elegant, young Belgian in a bright red suit gliding gracefully over the parquet, skating and playing the violin!

Unfortunately, he had no idea how to control his speed or come to a stop and crashed into one of the colossal mirrors that lined the walls. Merlin Joseph Merlin painted by Thomas Gainsborough broke his violin and suffered serious injuries.

The mirror cost £500, a fortune in those days, attendees wrote in their diaries.

Primitive skates may have existed earlier. Merlin had perfected them, as he often did. His spectacular performance led to the first written evidence of the existence of roller skates. But the loud bang against the mirror was counterproductive.

It would be many years before someone had the courage to develop roller skates again.

With a spy assignment

Most of what we know about Merlin today comes from his will and from an extensive memorial that appeared at his death. Kenwood House in London devoted a major exhibition to the man in 1985.

Entire halls could be filled with the countless inventions of the greatest 'mechanical genius' of his time. Among all his violins, pianos, harpsichords, wheelchairs and baking ovens, the roller skates were nothing at all.

Merlin was born on September 17, 1735 in Huy, Belgium. He had a half-brother who would make a name for himself in Strasbourg as the inventor of large scales for vehicles, so it is assumed that his father also had something to do with engineering or mechanics.

Everything shows that Merlin was trained as a watchmaker. At the age of 19 he turns up in Paris, where he stays for six years and is already registering inventions. In 1760, as a protégé of the Spanish count Condé de Fuentes, he is on a special mission to London.

Presumably the Earl had a spy assignment in the technical sphere – John Harrison's navigation clocks? – and Merlin had to help him do it. Three years later, Merlin is already finishing the construction of a large barrel organ for the Princess of Wales.

He complains to a French visitor that he doesn't get on very well with the English workers, partly because he hardly understands or speaks English.

He works as an independent technician for a number of goldsmiths who are crazy about the beautiful automata, the seemingly self-propelled devices in the form of humans or animals that Merlin makes. Goldsmith Cox even uses it to build a small museum that is very successful.

When Cox goes bankrupt, Merlin starts thinking about a museum of his own. He sees himself first and foremost as a 'maker of mathematical instruments'. At least that is how he writes in patents he takes out in 1773 and 1774 on a baking oven (with spit) and a harpsichord.

It will always be like this with Merlin: a single advertising brochure shows a wheelchair, an oven with a spit, a device on which you can weigh yourself while sitting, a standing version, a money scale, a harpsichord and a combined harpsichord-piano. He was very versatile.

'Favorite' in the music world

Also dr. Charles Burney, the most famous musicologist of the time, buys a combination of harpsichord and piano from Merlin. Burney is so proud of the instrument that he specially invites his friends to come and watch and listen. Merlin is increasingly invited.

First as a piano tuner, later as a friend of the house. He appears in 1775 in the famous diaries of Burney's daughter Fanny. Fanny is successful with a number of novels, she is at court and feared for her sharp pen.

Also known is her story about how she had a breast amputated without anesthesia.

She labels Merlin "our great favourite." Burney is home to half the British nobility, everyone who has a name. And Merlin makes business contacts, he finds rich people who want to sponsor his projects. He has to tune the piano of Dr.

Samuel Johnson, the greatest parlor lion of those days. He is so fashionable that Thomas Gainsborough, the great painter, portrays him. Merlin is a gentleman amateur in these circles and everyone loves him.

Johann Christian Bach, Johann Sebastian's youngest son, comes to London and gives recitals on Merlin's pianos and harpsichords. In the early 1980s, Merlin is at the height of his fame. Even the Russian Empress Catherine the Great must have one of his harpsichords.

In 1783 he moves to Hanover Square, the heart of fashionable London, inhabited exclusively by noblemen and nouveaux riches. In the meantime, he continues to build his museum in his studios. He makes watches and clocks, all kinds of bathroom scales, scales for weighing coins, a machine that makes it possible for the blind to whist, his lovely automatons of dancing girls and silver swans that move, too many to mention. Initially he only lets his best customers take a look at his special pantry, later he turns it into a real museum. He writes catalogs and pamphlets and does everything to make it a tourist attraction. Even the entrance tickets have been preserved. He builds a horse-drawn carriage in which a machine indicates the distance traveled and strolls through Hyde Park in it every day. His wheelchairs for people suffering from gout become a real seller for the old nobility.

Coincidentally, his family name is identical with that of Merlin, the wizard in King Arthur's court. Many people also think that Merlin is his stage name. He makes good use of this coincidence and has an image of the mysterious Merlin-with-long-beard painted on his carriage.

Masquerades or bals masqués were very fashionable in London between 1760 and 1790. The Italian opera singer Teresa Cornelys – she has a daughter of Casanova – is known for organizing it and manages to gather around 600 masked people at her parties.

For Merlin, this is a fantastic challenge. He puts a lot of money into his sophisticated and expensive disguises and never forgets the commercial possibilities. When Merlin comes, guests are guaranteed to be treated to new tech finds.

His performances are also shows with which he sells his stuff. Or how about Merlin dressed as a god of sleep riding around in one of his wheelchairs? A driving advertisement, as it were. Everyone wants to have such a chair.

The incident with the roller skates also dates from that masquerade period.

By 1790, at the age of 55, Merlin's health began to fail. In the foreword to his catalogues, researchers believe they detect an increasing pressure of time. He is in a hurry to finish certain machines for his museum. He clearly has more in mind than he can achieve.

His first biographer says he works day and night. He no longer has time for frivolities and is alienated from the salons.

The will he writes on March 21, 1803, is as unusual as his multifaceted life. The same day he wrote three appendices in which he reversed certain decisions and increased the amounts allocated to the women in his environment.

He has remained unmarried, but apparently has an illegitimate daughter, Ann. He asks that his museum be sold as a whole. Something that unfortunately will not work in the long term.

He bequeaths most of his property to two of his brothers and his sister Elizabeth in Liège. He takes good care of the domestic staff and the men who assisted him in his technical work.

One of the testamentary executors is a hardware merchant, perhaps indicating that his social status has declined.

A substantial amount goes to Sarah Slater, the daughter, still a child, of the horseman who manages the stables behind his house. His thirty-year-old horse must be euthanized immediately after his death 'to prevent abuse'.

He is clearly afraid that his beloved horse will be employed as an old boy and mistreated.

He is given an extensive obituary in Gentleman's Magazine, an obituary which illustrates what Londoners thought of him at the time: there is no doubt that the young man from Huy had won great respect and admiration in his new country.

He is called John Joseph Merlin, 'the ingenious Mechanick', the genius technician.